You are here: Home \ News \ All parts of government form one body and must respect international law, says Joseph Schechla.

Joseph Schechla, coordinator of the Housing and Land Rights Network of Habitat International Coalition (HIC), explains how local governments have the same extra territorial obligations as states. Sometimes, national governments or local administrations argue that they do not bear responsibility for human rights violations outside their territorial jurisdiction. They refer to trade, investment or procurement without reference to human rights criteria. Sometimes, they oppose BDS, while BDS demands the implementation of international law. 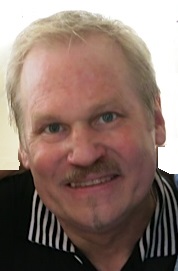 MZ:  You write about the extraterritorial obligations of states, and you assert that not just central governments, but also local governments have the same obligations. Can you tell me why you wrote this article?

JS:  That particular article arose from several efforts to clarify the role of local government in human rights and the concept of international solidarity.

Today, the questions of extraterritorial obligations for states are becoming more and more important in our increasingly globalized world. States have obligations when their performance affects others outside their territory or jurisdiction, such as in trade relations, investments and international cooperation. Since central government institutions usually appear as the principal actors in international relations, we sometimes assume that domestic, regional or local governments do not play a role. However, also local governments or are not exempt from their extraterritorial obligations to respect and protect human rights violations and the fundamental principles of international law.

Ministries of Foreign Affairs are usually the actors on the global stage, but all officials are bound by the same rules. In the eyes of international law, local governments and local authorities are part of the governing institutions of any state. Governments form one international entity, thus, a treaty obligation or customary norm applying to one part of the State is a corresponding obligation for all.

That means that all parts of the government, the central government and the local administrations must adhere to international law, most certainly to the most fundamental norms, called peremptory norms, or jus cogens. These norms encompass human rights as well.

These peremptory norms are fundamental principles of law that the international community of States has accepted as a norm from which no derogation is permitted. Jus cogens includes the prohibition against genocide, apartheid, maritime piracy, slaving, torture, refoulement of refugees nd asylum seekers, wars of aggression, population transfer, the denial of self-determination and territorial aggrandizement, whether by military or other means. These norms are confirmed by the International Court of Justice as intransgressible principles of international law. All States are required to observe these minimum rules, whether or not they have ratified the conventions that contain them.

MZ: How can you translate this to what is happening in Palestine?

JS: Palestine offers us many examples. The Israeli acquisition of territory by military force and other means continues until today and denies a whole indigenous people’s alienable rights, including self-determination. This situation fundamentally violates the peremptory norms upon which international law and the interstate system were founded.

It is the obligation of all States not to recognize this illegal situation and to refrain from collaborating with its agents and accomplices.

During South African apartheid, many selective purchasing resolutions at the municipal level prohibited public parties from transacting with that illegal institution, even before central government institutions complied with this elementary rule. Eventually, it became unacceptable to trade with an accomplice of that crime. In 1962, the United Nations General Assembly passed a resolution calling for economic and other sanctions against apartheid. As international law recognition of apartheid as a crime developed, the UN became increasingly explicit about what measures were required of States. In 1985, the Security Council resolved to apply a set of measures to combat apartheid. These amounted to boycotting parties that were complicit in maintaining the illegal situation and continued to trade with South Africa under apartheid. These measures were categorized as boycott, divestment and sanctions.

Actually, the term “boycott” refers to a consumer’s action arising from a free choice not to buy certain products. A governmental decision not to collaborate with accomplices to grave breaches and violations of a peremptory norm is not a boycott. It is an obligation. Non-recognition of, and non-cooperation with an illegal situation is a fundamental norm underpinning the international system.

Divestment from companies that transact with or profit from violations of occupation and colonization is no more or less than a selective purchasing procedure to avoid collaboration with an illegal situation defined now in criminal law. Such divestment is mandatory under the peremptory norms. States and their public institutions do not enjoy the discretion to collaborate with illegal situations.

MZ: Can you describe the illegal situation that should be avoided? Is it the settlements, the Wall or its associated regime?

JS:  Yes, all of the above. It is not just the settlements and the wall, but it is the associated regime that maintains the illegal wall and settler colonies.  It is about the colonization of Palestine with all of its many aspects. The associated regime includes its planning and implementing institutions such as the Jewish National Fund (JNF), the Jewish Agency and World Zionist Organisation as well as the Israeli water company Mekorot, to name a few.

JS: We have clear guidance from the Security Council with its legacy of sanctions regimes that illustrate what the peremptory norms are, and what measures could and should be taken.

For example, the Security Council has adopted clear rules on non-cooperation with the crimes of ISIS. UN sanctions in the case of ISIS prohibit trade with the perpetrators and their accomplices especially in antiquities, finance, petroleum and arms. We also have current examples of the Security Council specifying what states and other public institutions must do to delegitimize and thwart illegal situations such as slavery, rape, murder and recruitment of child soldiers through the illicit trade in conflict minerals.  Comparable measures are required of all States—erga omnes, to use the legal term— to end the denial of self- determination. So, the measures to take are already in the vocabulary of the Security Council.

What upholds world order, however, is the implementation of common duties that are incumbent upon all public bodies and authorities, without exception.

JS: Yes, that State is the principal author of that illegal situation, and the associated regime is all that is entrenched with it and all that maintains it.

It is impossible to differentiate the occupation economy from the State of Israel economy, with its reliance on land and natural resources taken by national and international complicit corporations from the Palestinian people, as well as the Syrian people in Golan. That means that the associated regime also includes the Israeli private sector.

MZ: The BDS Movement demands Israel’s compliance with international law on three points: to end the occupation, to respect the right of return and to stop colonizing Arab lands. Should we understand that these are legitimate demands that States must respect, because they are part of the fundamentals of international law?

JS: Yes. BDS is a civil campaign consistent with fundamental rights and responsibilities that we all bear. It should be seen as part of upholding an international order that protects us all from violators of peremptory norms, the fundamentals of our international law system.

It’s unfortunate to see how some regional or national governments attempt to deny the rights and responsibilities of BDS advocates.  In some cases, authorities have banned calls to BDS, even through local legislation. Such attempts deny not only freedom of speech, they undermine our legal system as a whole.

The present disputes over BDS test some local complaint mechanisms or lower courts that lack the understanding of relevant human rights and other international law. However, human rights law and related civil liberties are not the only field of law applicable here. Also international criminal law and jus cogens must be taken into account. These norms apply to all. When activists ask for a ban on trade with a company engaged in settler colonies in Palestine, a narrowly trained person in international law might judge the case in the light of the World Trade Organisation-promoted free-trade principles and misunderstand the scope of jurisdiction.

A deeper understanding of international law and its local application would comprehend trade with an illegal settlement or the associated regime as acting as an accessory to crime and a violation of our fundamental norms of international world order. Over the past decades, these fundamental norms of international law guiding world order have been neglected by many concerned parties. Largely as a result of the lack of respect for these norms and their unitary nature, we find ourselves in the dismal state where we are now in. In the contemporary Middle East, too many current parties rely on a continuing pattern of impunity for perpetrators of these prohibited acts that has prevailed for decades.

The full report on extra territorial obligatons by states by Joseph Schechla has been published on the HIC MENA website in 2015.