You are here: Home \ News \ Report of misuse of power by Dutch minister

The letter describes the fact that the Minister made an exception to the Dutch law through which Israeli colonists, living in the illegal settlements in the occupied Palestinian territory, unlawfully benefitted. Since 2012, when Minister Asscher accepted his position, he became responsible for the unjustified full pension payments (AOW) to these people. While others who live in countries or areas not covered by a social security treaty with the Netherlands did not benefit from these privileges.

The Minister violated the law, while the settlements are illegal and are not recognized by the Dutch government as part of Israel, and thus do not fall under the this treaty with Israel. The Minister did not inform Parliament for many years. Moreover, this act resulted in pretending for years as if the illegal settlements belong to Israeli territory, contrary to foreign policy.

In June 2016, the Dutch newspaper NRC published several articles about this issue. These articles can be found below.

Article 1 Collective believes that law and human rights form the solid basis to resolve international conflicts. We advocate for seek justice for the victims of (international) crimes. Minister Asscher must abide by the Dutch Constitution. It is unacceptable that Minister Asscher has made an exception for the illegal settlements, which are a thorny political issue, exactly there where the law could provide a solution.

The fact that Minister Asscher abused his office and allowed exceptions to the law, thus violating the law, and the fact that he failed to inform the Dutch parliament for many years, is undermining faith in the rule of law. Possible political international consequences of this act, are a concern to us.

With this report Article 1 Collective asks your attention for the facts committed. Support this letter by sending your name, surname, residency and email address to aangiftetegenAsscher@yahoo.com 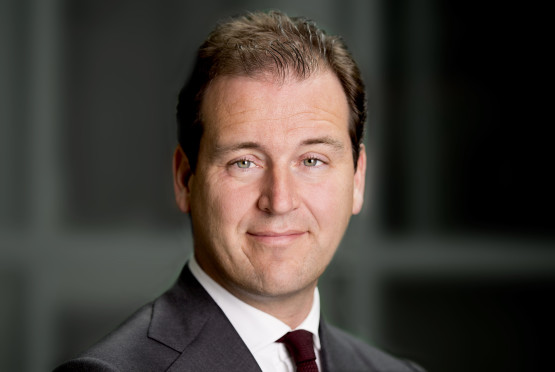 To: The House of Representatives of the States General, to the chair, Ms Khadija Arib

We are writing to you at the request of Dr F.L. van Vliet, Mr S.van Houcke, Mrs M.H.A. Remmers and Article 1 Collective.

On the behalf of the aforementioned persons and organisations, we hereby report a criminal offence committed by Mr Lodewijk Asscher, Minister of Social Affairs and Employment, and by others. During his time in office Minister Asscher deliberately allowed a full Dutch state pension (AOW pension) to be paid to persons residing in the illegal settlements in occupied Palestinian territories. This malfeasance, described in more detail below, is in clear contravention of existing legislation on this matter.

Procedure subsequent to this complaint

Prosecution of a Minister for misuse of power while in office is not common in the Netherlands, but possible. Ministers do not enjoy any statutory immunity in such cases.

Prosecution pursuant to § 119 of the Dutch Constitution is, however, only possible if the Attorney General of the Supreme Court receives an order to do so by Royal Decree or by a resolution of the House of Representatives. Under § 483 (3) of the Dutch Criminal Code, the Attorney General is required to respond to the order. Trial of Ministers shall be conducted by the Supreme Court, the first and only instance for such matters (§ 76 (1) of the Judiciary Organisation Act).

The Ministerial Responsibility Act defines the procedure that has to be followed by the House of Representatives in order to issue the above-stated order. On the initiative of five or more members, the House may resolve to set up a special committee of inquiry empowered to investigate the public servant criminal misconduct under the Parliamentary Inquiry Act. Based on the conclusions of this investigation, the House can then decide whether an order to prosecute should be issued.

We are directly requesting you to take the necessary steps in this case in accordance with the procedure directly outlined above.

A copy of this letter has been sent to Mr H.J. Bolhaar, Chair of the Board of Public Prosecutors, since the public prosecution service is independently authorised to undertake an investigation parallel to a parliamentary inquiry.

An order of the House of Representatives is only necessary for prosecution, not for an investigation.

The criminal acts that we hereby bring to your attention have been extensively and detailed reported in the media, especially by the Dutch newspaper NRC Handelsblad; two articles published in this newspaper in June and July 2016 are enclosed with this letter.

The following facts can be summarised:

Pursuant to § 8a of the General Old Age Pension Act (hereinafter AOW), the Netherlands may only pay full AOW pension to people living in countries with which an enforcement agreement has been concluded, to prevent fraud. Such an agreement has been concluded with Israel, but does not apply to the occupied Palestinian territories because the Netherlands does not recognise the sovereignty of Israel in this area.

At the end of 2005, § 8a AOW came into force. The AOW includes a provision to ensure a smooth transition, which was particularly important for those people who were already receiving AOW at the time that the Benefit Restrictions (Foreign Residence) Act took effect on 1 January 2000. A few dozen people live in the occupied Palestinian territories, who do not fall under these AOW exemptions. Until recently, these people received full AOW benefits in violation of the Dutch law.

For several years, officials working at the Ministry of Social Affairs and Employment have been aware that full AOW benefits were being wrongly paid to people living in the Israeli occupied territories. The NRC Handelsblad article reported that it was not just the Minister of Social Affairs and Employment but also the Minister of Foreign Affairs and other members of the cabinet who interfered with this sensitive issue. All parties involved knew that they were not acting in accordance with relevant legislation, the AOW and the Benefit Restrictions (Foreign Residence) Act. Moreover, the House of Representatives was not informed of these facts.

At the end 2013, the Social Insurance Bank (Sociale Verzekeringsbank, SVB), the organisation responsible for the payment of the AOW, decided to end to the unlawful payment of full AOW benefits. In the beginning of 2014, the SVB notified the Israeli beneficiaries living in the occupied Palestinian territories.

On Friday, 21 February 2014, after consultation with the Prime Minister and the Minister of Foreign Affairs, Minister Asscher decided however not to apply the law and to continue to provide full payment of the AOW in the settlements in the by Israel occupied territories. The SVB was instructed by an official of the Ministry of Social Affairs and Employment to reverse the earlier decision and notify the relevant parties concerned living in the occupied territories about the reconsidered situation.

The beneficiaries in the occupied territories continue to receive full benefits. As a result, § 8a AOW has never been implemented in occupied Palestinian territory,  not even after Asscher was informed about this circumstance at the beginning of 2014. As the NRC Handelsblad notes, an effort was certainly made to diligently seek an interim solution to what is considered a politically sensitive issue, but such a solution was not found until the end of 2015.

On 30 June 2016, Minister Asscher sent the House of Representatives a letter about the issue, written in response to the commotion on the subject that arose in the media; a copy of this letter, which presented the stopgap solution, has been enclosed for reasons of completeness.

This letter is noteworthy for a number of reasons and contains factual inaccuracies. Of particular interest here is the Minister’s acknowledgement in the letter, that full AOW benefits have wrongly been paid to people living in the occupied territories for years; that the cabinet was informed of this improper payment in January 2014; and that he still did not properly apply the legal AOW regulations. As justification for his decision to refrain from implementing the law, in this letter, Minister Asscher relies on circumstances that are not supported by facts and which do not deny his criminal liability.

The enclosed articles from the NRC Handelsblad are based on thorough research involving a large number of partly confidential sources. The articles may be found on the newspaper’s website, along with the most important supporting documents.[1]

A minister may not intentionally fail to implement the law. Nor may he take decisions or give orders which he knows are contrary to said law. Should he do so, he is then guilty of violating § 355 of the Criminal Law:

Heads of ministerial departments who:

3°. take decisions or issue orders or enforce existing decisions or orders, knowing that in doing so the Constitution or other laws or Governmental Decrees are violated

4°. intentionally fail to implement the provisions of the Constitution or other laws or Governmental Decrees, insofar as such implementation falls within the            competence of their ministerial department, due to the nature of the matter or due to what has been expressly assigned to them;

shall be liable to a term of imprisonment not exceeding three years or a fine of the fourth category.

Minister Asscher has personally ensured that people residing in the territories occupied by Israel receive a higher benefit than what they were entitled under the law. Furthermore, in February 2014, he instructed this to SVB. Along with all this, it is important to note that the Minister’s actions also violated § 1 of the Dutch Constitution and the Equal Treatment Act, since other beneficiaries in similar situations were not able to benefit from this exception regime. It is of utmost importance that ministers such as the Minister of Social Affairs and Employment take decisions in accordance with the law and implement the law. § 355 Criminal Law was created to ensure the integrity of public authority and provide safeguards against abuse.

The fact that Minister Asscher has been working on a “solution” for the problem for a long time does not detract from the fact that he performed a criminally reprehensible act when he, after being informed about the situation in 2014, knowingly took the decision to ignore the law and continue with full payment of AOW in the occupied territories. The memorandum appended to this report and the notes in the Minister’s handwriting on this memorandum, demonstrate that the Minister knew that he was acting in contravention of the law. The Minister clearly understood that the legislation did not allow payment of the full AOW in the occupied territories and that he, nevertheless, intended to continue providing full benefits.

It is undoubtedly true that a reduction in benefits is troublesome for those people living in the occupied Palestinian territories, however, this fact cannot justify criminal actions. Moreover, those involved chose to live in the occupied territories, while they knew, or should have known, that this could affect their AOW.

The clients wish to state that they have decided to submit this report because they believe that Minister Asscher, through his actions in this case, has undermined public confidence in the public authorities and because the information about unlawful payment of AOW was withheld from the House of Representatives for many years. Through these deeds, the Minister denied the Parliament and thus the democratic control.

We ask you to bring this letter to the attention of the members of House of Representatives and to initiate the process under the Ministerial Liability Act by establishing a special committee of inquiry.

We would appreciate being kept informed of your subsequent steps in this matter.

Letter from Minister of Social Affairs and Employment to the Chairwoman of the House of Representatives, 30 June 2016, “Application of the Benefit Restrictions (Foreign Residence) Act to the territories occupied by Israel. Letter Minister Asscher to Parliament 30062016 kamerbrief-toepassing-wet-beu-in-de-door-israel-bezette-gebieden (1)