The popular website TripAdvisor not only promotes hotels in the settlements that Israel is building in the occupied West Bank, it censors travelers who complain about such complicity with illegal activities.

I discovered this fact myself when I decided to have a short break in the Dead Sea last year. Checking TripAdvisor and its rival Booking.com, I found they were offering rooms in the Kalia Kibbutz Hotel. Both gave the impression that Kalia is within present-day Israel. In reality, it is a Jewish-only colony in the West Bank, as I confirmed by driving to the hotel. 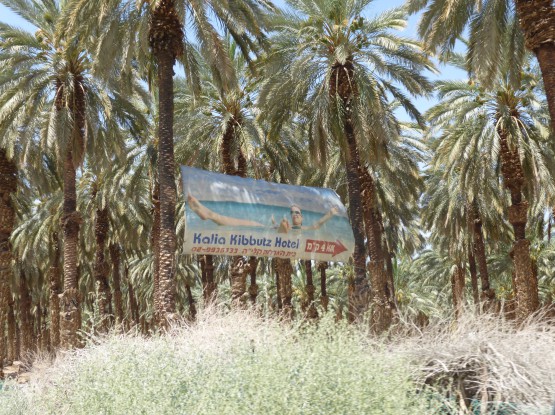 Following my visit, I tried to post a review on TripAdvisor. In the review, I explained that Israel’s settlements violate the Fourth Geneva Convention, which forbids an occupying power from transferring its civilian population into the territory it occupies. As Israel’s settlements constitute war crimes, I argued that TripAdvisor was abetting those crimes.

A few days after writing the review, I received a letter from TripAdvisor. The US-headquartered company informed me that it would not publish my comments because I had not complied with its guidelines. These guidelines require reviewers to share their firsthand experiences of places they visited, which I did. Yet they also stipulate that “users should refrain from including personal, political, ethical or religious opinions, discussion or commentary in reviews.”

A voice for travelers?

Around the same time, I wrote to James Kay, a spokesperson for TripAdvisor in the UK. My letter to him made the same arguments I had tried to post on his firm’s website.

In February of this year, Kay replied to me. Despite how TripAdvisor had censored my comments, Kay stated that the website was “built to give travelers a voice and a place to share their experiences with others.”

“We aim to provide travelers with an accurate and useful picture of all hotels, B&Bs, inns and specialty lodgings that are currently open for business,” he wrote. “The fact that such a property may be listed on TripAdvisor does not represent our endorsement of that establishment. We provide the listing as a platform for guests to share with other travelers their genuine experience of staying there. As such, I’m afraid we do not remove listings of properties that remain active and open for business.”

In March of this year, I searched TripAdvisor once more for details of the Kalia Kibbutz Hotel. The address it gave me indicated that Kalia is in Ein Bokek, which is within present-day Israel. However, when I typed “Palestine and Kalia Kibbutz Hotel” into the TripAdvisor website, I was told the hotel is “adjacent to the caves of Qumran” in the West Bank.

By giving two different addresses, TripAdvisor may be engaging in deliberate deception. It may also be breaching consumer protection regulations, which require that correct information be given about the products and services sold by a company.

Although TripAdvisor censored my criticisms on the grounds that I expressed political opinions, it has been willing to publish favorable comments towards Israel. For example, the Ahava cosmetics factory has been recommended as a place to visit by one reviewer, who notes that the factory uses “wonderful Dead Sea minerals.” There is no acknowledgment that the Ahava plant is in an illegal settlement and that Israel has stolen those “wonderful Dead Sea minerals” from Palestinians. Al-Haq, the Palestinian human rights group, has documented how Ahava violates international law, which obliges Israel not to diminish the natural resources of the territory it occupies.

Admittedly, the “information” on TripAdvisor about the Kalia Kibbutz Hotel is accompanied by a warning. “The security environment remains complex in Israel and the West Bank,” it reads. “US citizens need to be aware of the continuing risks of travel to these areas, particularly to areas described in this travel warning, where there are heightened tensions and security risks.”

The travel advisory omits a salient point: people who stay in this hotel are giving financial assistance to war crimes.

This article is written by Mieke Zagt, human rights activist and cofounder of the Article 1 Collective. It was first published at The Electronic Intifada on 8 April 2015.